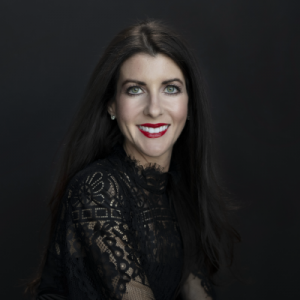 Kristin Hurd is Vice President of Public Relations and Charitable Giving at Hurd Real Estate Services in West Des Moines, Iowa. In this role, her responsibilities include brand marketing and public relations and overseeing the company’s charitable giving.

A believer in supporting the city in which she was raised, Kristin holds various leadership positions throughout the Des Moines community. Her current Board of Director appointments include: Blank Children’s Hospital, Lincoln Savings Bank Advisory Board and Broadlawns Medical Center Foundation Board. She also sits on the Terrace Hill Commission, as appointed by Iowa Governor Kim Reynolds. In addition, Kristin serves on Des Moines Golf and Country Club’s Green and Golf Committee, the Greater Des Moines Partnership’s Public Relations Committee and is a member of the Central Iowa American Heart Association’s Crimson Society. In 2018 she was named a Des Moines “Forty Under 40” and is a proud alumna of the United States Air Force 2019 National Security Forum.

Kristin is a licensed real estate sales person in the state of Iowa and is a member of Des Moines AM Rotary. An avid runner, Kristin spends her spare time training for and running half marathons. She also enjoys golfing and attending Valley Church in West Des Moines, Iowa.

Get notified when new properties are listed.