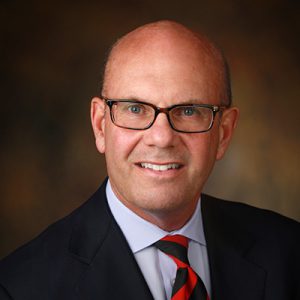 Richard has had the pleasure of working with a number of regional and national companies either through sale-leaseback or build-to-suit transactions since founding the company in 1981. Currently, Richard owns over 130 properties in twelve states. During Richard’s career, he has personally owned and developed over $1B in commercial real estate.

On the brokerage side of the business, Richard managed the largest commercial brokerage firm in Iowa from 1986 to 1993. He was selected to represent Central Life Assurance Company (now known as Athene Annuity USA) in the repositioning of their national commercial real estate portfolio.

Richard’s professional designations include CCIM (Certified Commercial Investment Member), SIOR (Society of Industrial and Office Realtors), and CRE (The Counselors of Real Estate). Believing in sharing his time and experience to help build a strong community, Richard serves on the Grand View University Board of Trustees, Bankers Trust Company Community Advisory Board and West Des Moines Presidents Council. In 2019, Richard & Linda Hurd started construction of the “Jamie Hurd Amphitheater” in West Des Moines, IA, in honor of their daughter.

Get notified when new properties are listed.